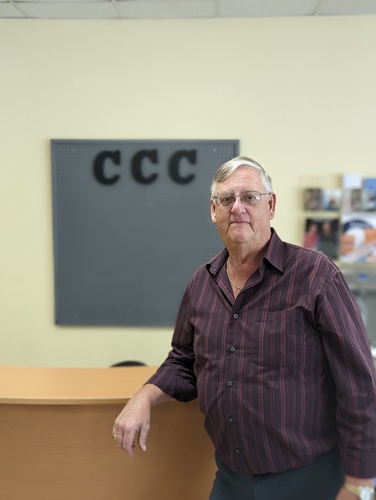 Ron and his wife, Debbie, started attending CCC in December of 2019 and became members in May of 2020. In October of 2021 he became the treasurer and by January 2022 he officially became a member of our board. He graduated from Beal college in Bagor, Maine in May of 1974 with a degree in Computer Science and Business Management. From there he owned TRIO Corp from 1988-2006.He and his wife Debbie have been married since 1974 and have two sons together, Mike and Gregg. In his free time he enjoys woodworking, gardening, and playing music; he even plays in CCC's worship band as the basist!

Subscribe to receive email updates with the latest news.